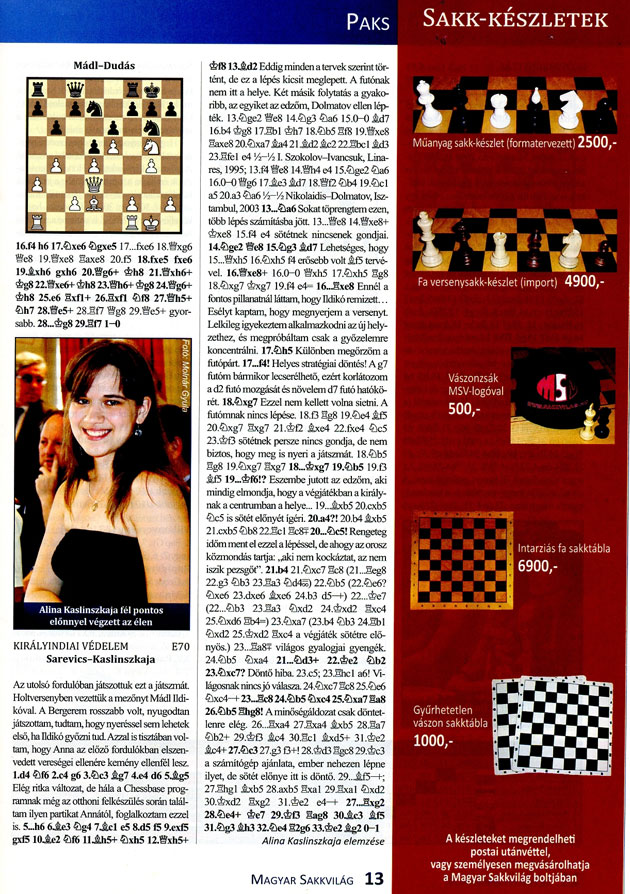 Sharevich - Kashlinskaya [E70]
9.Marx Gyorgy, 28.06.2011
This game was plaied in the last round of IX. Gyorgy Marx Memorial. The situation before the game was following: Madl Ildiko and me, we both had the same quantity of points.And in case of dividing the first place, I would have taken the second, because my coefficients were lower.So, I had a very comfortable psykhological situation. I wasn't nervous, I didn't think about the result, because I understood, that it could so happen that I'll not take the first place even in case of winning this game. (If Madl Ildiko also won)And now some words about my rival.  This tournament proved to be unsuccessful for Anna Sharevich...Though everybody saw, how she was fighting every game. And of course her result does not match her level of play. So, I understood, that the game with Anna will not be easy.

At this very moment I saw, that Madl Ildiko had a draw...And I understood, that it was my chance to win the competition, but, as I said before, I had to win, not to have any division...I understood this, and I had to reorganize myself psykhological for only the winning.